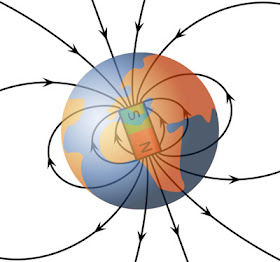 Traditionally, there are said to be five senses: vision, hearing, taste, smell, and touch. From a modern scientific viewpoint, however, this is clearly a significant underestimate, since things are rather more complicated than that.

How many senses even a human can be said to have is a matter of definition, although it's generally agreed to be more than five. An extreme way of counting would be to consider every specific type of sensory cell as representing one 'sense'. This, however, results in the conclusion that vision is four separate senses: one for black-and-white (the rod cells) and one each for the primary colours (the cone cells). This, it's probably fair to say, is not something that's widely considered helpful - although it may well be useful to neurobiologists.

If we don't go that far, then, we can still consider vision, hearing, taste, and smell to be singular senses. It is, however, not uncommon to consider the ability to sense temperature as distinct from the ability to sense that you are physically touching something. Pain can also be considered a distinct sense, since you can obviously 'feel' when you have, say, a headache, but it's hard to argue that that should count as 'touch'.

And then there are others that aren't part of the regular five at all. Balance is probably the best known of these - we know which way up we are, even with our eyes closed. Proprioception is similar but distinct; this is the ability to instinctively know how parts of your body are positioned - if you close your eyes, and hold your arm out, you know that you have, in fact, moved your arm, but none of the obvious five senses are involved in telling you that. All of these have specific sensory systems devoted to them and, at least from a physiologic perspective, are quite distinct.

When it comes to non-human animals, though, there may well be others. (Most of which will popularly be described as a "sixth" sense regardless of how many there might be). One of these is the ability to sense magnetic fields.

This is, perhaps, best-known in migrating birds, where it is used to help with navigation. In fact, there are two ways in which the ability to sense the Earth's magnetic field would help with long-distance travel. Firstly, if you can sense the direction of magnetic north, you can use the ability as an inbuilt compass, and know which way you're going. But, furthermore, if you can sense the strength of the field, and what angle the field lines are tilted relative to the horizontal, you can also tell how far away the magnetic poles are, and thus get some idea of your latitude as well as your heading.

We know that birds can do both of these things, but the ability to sense magnetism is by no means limited to that group. It has also been seen in turtles, newts, trout and other fishes, and in invertebrates such as lobsters. So it shouldn't really come as a surprise that some mammals can also detect magnetic fields.

The mammals which would most obviously find magnetic navigation useful are probably bats. This is because we know that bats can navigate over long distances, sometimes hundreds of miles, to find their way home. Some of this may well be down to good night vision and recognising landmarks, although echolocation isn't really of much use unless the distance involved is particularly short. However, in 2006 it was first shown that magnetoreception is involved in bat navigation to at least some extent, and it turns out that some species can detect magnetic fields weaker than any that currently exist in nature today.

Perhaps more surprisingly, magnetoreception has also been demonstrated in rodents. In fact, the wood mouse (Apodemus sylvaticus) was the first mammal demonstrated to have this ability, way back in 1981. This is a little surprising, since you would have thought that simply seeing where they were going would be sufficient for an animal that doesn't really have any problems with vision and doesn't migrate over long distances - but the evidence that they can is good, so they're clearly using it for something.

On the other hand, it's rather more obvious why an animal that can't see well would find the ability to navigate using magnetic fields useful. Most mammals, of course, can; bats, in particular, have very good night vision. But even night vision is of no use if you're somewhere that literally has no light at all. In other words, underground... which is exactly where we find animals with particularly poor eyesight.

There doesn't seem to be any evidence so far that moles can sense magnetic fields, but there is for mole-rats. Although the most famous mole-rat is probably the naked sort, it is merely one of a number of species known by this name. Indeed, the naked mole-rat is odd by almost any standards, and these days is often considered to be the only living species of its family, last sharing a common ancestor with other African mole-rats over 30 million years ago. And, rather than the famous kind, it's those other African mole-rats in which magnetoreception is best known. (Although, as it happens, it has also been demonstrated in some Asian species that are also known as mole-rats, but belong to an entirely different branch of the rodent family tree).

African mole-rats have remarkably poor eyesight, being able to do little more than tell the difference between light and dark and almost certainly unable to form any kind of image. Like other mole-rats, their hearing is also relatively weak, although they are quite good at detecting the sorts of low-frequency sound that can propagate through the soil, and seem to communicate by sending vibrations through their tunnels. On the other hand, their sense of smell is likely good, and the structure of their brain suggests that their sense of touch is, too.

And, since at least 2001, it's been known that they can also sense magnetic fields, something that may help them orient their long communal tunnels. It has also been suspected that it might help them when they travel above ground, which they have to when leaving home to establish new colonies. A recently published study put this to the test, and demonstrated that female Damaraland mole-rats (Fukomys damarensis) in the Kalahari Desert travel primarily to the north-east when leaving home, but males have no such preference.

The fact that it's specifically north-east may have something to do with the local geography - it can't be that all female mole-rats of this species head north-east or they'd end up in the Indian Ocean somewhere off the coast of Mozambique. But the fact that they know which way this is when (according to the study) there are no physical features of the ground that would help them means that they may well be using their magnetic sense to do so - although it's conceivable that they might be able to sense the direction of moonlight, which would presumably help.

Perhaps a bigger question, though, is how they're actually doing it. And this is the oddity of magnetoreception; we know that animals can sense magnetic fields, but it's not at all clear what sensory systems they might be using to do so. We know where pain receptors, proprioceptors, and so on are at the cellular level, but not magnetoreceptors... and until we find some it's hard to know how they work.

We do, however, have a number of clues. In mole-rats at least, and probably in other mammals, the magnetic field receptors seem to be somewhere in their eyes. It may help, in their case, that they aren't using their eyes for much else, but there's no reason why a single organ couldn't be used for more than one function, just as the ears contain both the organs of hearing and of the sense of balance.

Perhaps the best bet as to how these receptors might work is that they rely on the torque applied to microscopic fragments of magnetite somehow being picked up by associated protein molecules. This is not unreasonable, since it seems to be how magnetically sensitive bacteria do it, but repeated attempts to find anything like this in higher organisms have so far failed. And there are other possibilities, such as magnetic fields affecting biochemical reactions in the same way that light affects the proteins responsible for detecting it in the retina. But... no proof of that, either.

Of course, different animals in widely different groups may use different methods. Or more than one method, for that matter. All that we know, from the evidence of watching how they behave, is that some animals can detect magnetic fields somehow. And those aren't just birds or invertebrates, but mammals, too.

[Picture by Geek3 and MikeRun, from Wikimedia Commons.]