At the dawn of the Miocene, South America was home to no fewer than three orders of moderate to large hoofed herbivore, compared with the two it has today (one containing the deer and llamas, the other including the tapirs). There is, of course, a degree of arbitrariness in what gets designated an 'order' as opposed to some other ranking. But nonetheless, these animals were distinctive, related to the two orders of ungulate we have today, but different from both of them.

Two of these South American groups would outlast the Miocene, only dying out relatively recently. These were the litopterns and the notoungulates, both of which bore most of their weight on the third toe of each foot, and which may, indeed, be related to the group containing the tapirs, horses, and rhinos, which does the same today.

All the World's Deer: Small Deer of South America

Deer first entered South America when that continent first connected with its northern counterpart a little over two million years ago. Finding nothing similar already there, they rapidly diversified into several distinct species, taking advantage of a wide range of different habitats. Many of the resulting species were medium to large animals, resembling their northern relatives, such as white-tailed and mule deer. But others instead took on a role closer to the muntjacs of eastern Asia.

How many species of these small South American deer are truly distinct is a question that is not fully settled yet. In common with the scientific fashions of the time, a great many species were named in the 19th century, only to be merged in the 20th and then split apart again in the 21st (not always along the same lines, of course). As a result, many of the species we recognise today weren't considered such until recently and have not been individually studied to any great extent beyond demonstrating that they exist. On the other hand, the reason that we confused them for so long - and still aren't entirely sure how many they are - is that they are all quite similar. This is especially true of the various kinds of brocket, all of which are currently placed in the genus Mazama. 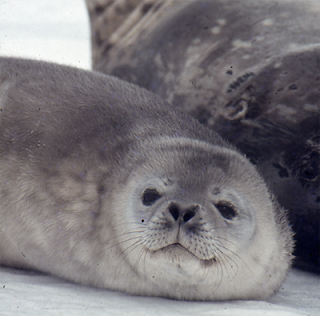 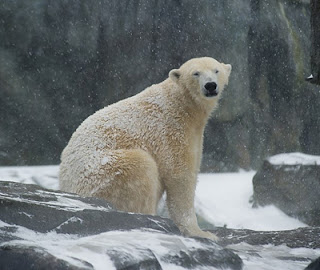 Hibernation is something that's generally associated with smaller animals, such as bats and rodents. It's likely to be a particularly useful trait for them, since they otherwise need to eat regularly to survive and this would be difficult in winter. Bears are a clear exception to this, snoozing away the winter despite being particularly large animals, and it seems that hibernation has been a key feature of their evolution for some time, distinguishing them from other carnivorans, such as wolves, that live in similar climes.

One of the first things we have to point out in this respect is that it isn't universally agreed by scientists that bears do, in fact, hibernate. This is obviously a debate about terminology, rather than the bear's actual behaviour, and it hinges on whether a bear's body temperature drops enough while it's denning for the activity to be truly considered as "hibernation". It seems fair to say that the usual tendency these days is to consider that what they're doing is close enough to count, but not everyone agrees. For today's purposes, however, I'm going to use what some might argue is a layman's understanding, rather than a strict biological term.

All the World's Deer: Muntjacs

For many people, the word 'deer' likely conjures up a medium to large animal with large branching antlers in the males. This fits the description of not only red deer and fallow deer in Europe and white-tailed deer in America, but also many species less familiar to those of us in the West, such as barasingha, sambar, and huemul. But there are a number of animals much smaller than these that are nonetheless indisputably deer. The smallest species of deer in Europe is the roe deer, but even smaller species live further east, most of which are collectively described as muntjacs or "barking deer".

Muntjacs were first scientifically described in 1780, from a specimen collected in Java. Muntjacs, of course, live much further afield than this, and, over the years, some of those living elsewhere were split off and given their own species names. As per the standard rules, the one that's found on Java kept the original scientific name, modified only when muntjacs as a whole were given their own genus in 1810. We now call this the red muntjac (Muntiacus muntjak) and it remains one of the best-known species, not least because it's the most widespread.

Before the Monkeys: Primates in North America

The primates are one of the larger groups of mammals, with literally hundreds of living species known. Naturally, there is a great deal of diversity across the primates but, at the highest level, we can divide them into two main suborders. These used to be referred to as the "lower" and "higher" primates, but that's misleading because the so-called lower primates have been evolving for just as long as the higher ones. It isn't as if they gave up one day and stopped evolving towards some ultimate goal of becoming human.

So, instead, when we aren't using the technical terms strepsirrhine and haplorrhine, today we tend to call them "wet-nosed" and "dry-nosed" primates, based on whether their nose is moist like that of a dog or not. When most people think of primates, however, it's likely the haplorrhine, or "dry-nosed" primates that they think of first, since this is the group that includes all the monkeys and apes - as opposed to lemurs and the like.

Hanging Out in the Heliconias 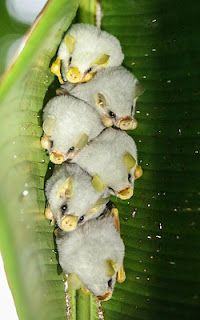 Bats are usually sociable animals. Since large caves are relatively rare, when bats find one, literally millions of individuals can pack themselves into a single one, often comprising several different species. But the shortage of suitably large roosts means that many cave-dwelling bats will roost elsewhere including, in human-dominated landscapes, inside attics or other manmade spaces. Furthermore, of course, many bats don't live in caves at all, spending the day roosting in trees or other suitable sources of shelter.

One might think that these tree-dwelling bats would be less sociable than those forced to cram themselves into caves. But, while it's true that they certainly don't tend to form colonies numbering in the millions, this doesn't mean that they live on their own. In some species, the males do in fact do this, following a pattern that's often seen in other social mammals, while the females gather together in maternity roots or breeding colonies. But very few bat species are entirely solitary, with both sexes living alone and, when bats do gather together, the exact structure of their social groups varies considerably between species.