Monkeys can be a pretty violent lot. They will fight over access to resources or mates, or to establish dominance, which, in the long term, amounts to much the same thing. If it works, and you get more food, or more children, or whatever you're after, that's great, but there's always a cost involved: you might not win. Or, if you do, but you get injured in the process, it may be a short-lived, Pyrrhic, victory.

So many animals avoid fighting by simply avoiding each other. They mark out territories to warn off others of their species, to say 'this bit of land is mine, and you'll keep out if you know what's good for you.' When they do face each other, one of them - usually the interloper - generally backs down before things get violent. This is fine for animals that live on their own, but it's not so great when, as with many monkeys, the animal lives in a group, where you just can't stay out of each others' way.

The group may still mark out its territory somehow, and fight off outsiders when they need to. But there is still always going to be conflict within the group, especially where the society is clearly hierarchical, and one top monkey monopolises the mates, or just gets first pick of the food. Yet, while this conflict is necessary to establish the hierarchy in the first place, and gives benefits to those who come out on top, it's not good for the group as a whole. 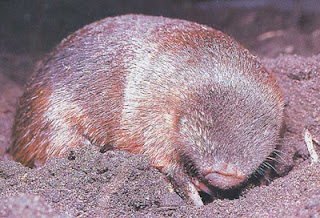 It is obviously important for a female mammal (or, indeed, any animal) to, so far as she is able, ensure that she mates with the males who are most likely to give her fit and healthy offspring. In the case of monogamous animals, the fact that the male is likely to hang around can be a key part of the equation - monogamy generally occurs where it takes two parents to successfully raise offspring. This is often the case, for example, with birds.

Although clearly there's an advantage, even then, in finding a fit mate, this becomes even more important when the animal isn't monogamous. If you can choose your mate from among several males - none of whom will be around to help you raise the kids, anyway - you might as well pick the best one at the time. There are at least three strategies that can be employed here.

Firstly, you could let them fight it out. Whoever wins is not only bigger and stronger, he's probably also older, which proves that he can survive to that age in an often hostile world. This is a common strategy for many mammal species, and it's perhaps best illustrated in animals that form harems, such as seals, or deer. Here, the males are almost always larger than the females, needing that bulk to fend off younger challengers to their position. They gather a bunch of females around themselves, and drive away weaker males that attempt to mate. (Not, it has to be said, with perfect success, but it's enough that they make a good attempt).

Almost a Caprine: The Chiru

If there's no clear and universal definition of what a species is, there's no definition at all of what the larger groupings - families, tribes, genera, and whatnot - are. These days, there is a rule that all such groupings should also be "clades" - that is, all the animals in them are more closely related to one another than to anything outside the group. But that's really all there is; there's no way of saying whether a particular clade should be called a "family", an "order", or not given any named ranking at all.

For instance, this rule tells us that humans must belong to the great ape family, since chimps are closer to us than they are to gorillas, but there's nothing in it to say that gibbons can't also belong. We could, in other words, have an "ape family", and the only reason we don't is that we figure gibbons are sufficiently different from great apes that we ought to give them a family of their own. (In fact, "apes" as a whole are considered a superfamily).

How Clever is a Baboon? 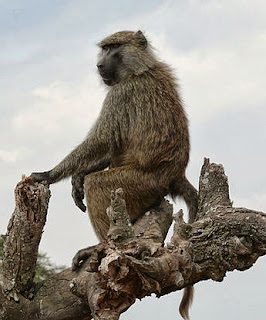 Humans were long considered quite different from the rest of the animal kingdom based on the fact that they're considerably smarter. While we now know that, biologically speaking, we're no different from any other animal, there remains no question that we are quite a bit more intelligent. This is why we're the dominant species on Earth - at least, assuming you happen to use human-biased definitions of 'dominant'. (There are other senses in which, say, bacteria have us beat hands down).

Anatomically, the clearest sign of this higher intelligence is the size of our brains. Relative to the rest of our bodies, they are huge, and they're also considerably more complex than those of many other mammals, let alone reptiles, fish, or insects. The 'relative' part is important, though. An elephant's brain is much larger than that of a human, and those of whales are larger still. Now, granted, elephants and whales are among the most intelligent of mammals, but it's not as if they've discovered quantum mechanics or (that we know of) have composed the equivalent of Dante's Divine Comedy. Their brain is large in part because they are large, and, when you allow for the size of the bodies, it's really not all that big in proportion to the rest of them.

On the other hand, when it comes to brains, as with certain other organs, size does matter. The brain of a mouse is, in proportion to it's body, almost exactly the same size as our own. (And something like, say, a chaffinch, has a brain that's even larger). Clearly, there is a minimum size below which you just can't fit all that much into a brain, in terms of neural connections and the like.  Smaller animals, therefore, will have proportionally larger brains, just in order to function.