Sheep and goats are fairly closely related animals. In a sense, sheep are just goats that don't like climbing. However, even once we acknowledge that ibex, say, are really just another kind of goat, it turns out that there are a number of species that are also closely related to sheep and goats, without really being either.

Quite how they're related, and which ones are on the goat side of the tree, and which on the sheep side, has been a matter of some debate, and depends largely on whether or not you think that physical appearance is more important than genetic similarity. Even if you look only at the genetics, it seems that they're all close enough to one another that it makes a fair difference which genes you happen to consider most important.

Still, we can say that some look more like goats, and some look more like sheep. On the goat-like side are the tahrs - not to be confused with turs, which really are goats. There are three species of tahr, all of which look fairly similar to one another, and have traditionally been placed together in the genus Hemitragus - a word that literally means "half-goat". In the traditional, appearance-based, scheme it's thought that these are the closest animals to true goats, without actually being them. Genetic analysis, however, shows that this is just an illusion, and the three animals aren't especially close relatives. Two of them, therefore, have been removed from the genus, and given new scientific names to reflect their distinct nature. 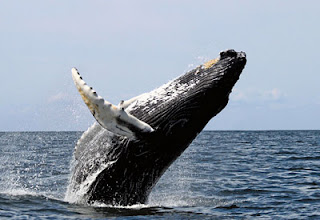 One of the most significant effects on the patterns of wildlife across the world is that of the presence of humans. For many animals, it isn't such obvious culprits as pollution or hunting that are the main problem - significant though those often are. It's the mere fact that we're there at all.

Humans change the landscape around them, merely as a product of how we live. In order for our own species to survive, for instance, we need farmland, and lots of it. That brings competition with local wildlife, even if we're trying quite hard not to. Planted fields, and even open ranchland, are a change to the natural environment, and that's sure to have some effect. And that's before we start thinking about urban development.

Still, even leaving aside the fact that we can't really do without cities and towns, some animals have done quite well out of them. The house mouse is a particularly extreme example, and essentially doesn't live in the wild any more. But many other animals live in our cities, and even find them a benefit. Think of rats, pigeons, cockroaches... okay, so perhaps they aren't our most welcome neighbours, but from their perspective, we're rather a good thing.

And then there's animals that do well on the fringes, in the suburbs, or patches of urban greenery: urban foxes, badgers, raccoons, and so on. There's a balance for these animals to draw, between the risks of, for example, being hit by a car, and the advantages of nearby rubbish bins. Many of them become nocturnal, even if they aren't naturally, because that's the best time to be out and about if there's lots of humans nearby.