Of the seven species of cat identified in the 1758 treatise that marks the dawn of biological taxonomy, just three were what could plausibly be described as "small cats": the domestic/wildcat, the lynx, and the ocelot (Leopardus pardalis). Even today, these three (if we include bobcats in with the lynxes) are probably the best-known kinds of small cat, at least to most people in the West. Having already looked at the others, it's about time I turned to the ocelot.

Originally named as Felis pardalis, the ocelot kept this name up until the late 20th century. At that point, the genus Leopardus was resurrected, having first been used for the ocelot by John Edward Gray in 1842. Gray's original description of the genus doesn't fit at all with what we now know (and was almost completely ignored by everyone else at the time, anyway) but, even by the 1960s, it had become clear that there was a striking difference between the Leopardus cats and every other cat species in the world: they have only 36 chromosomes, instead of 38. This presumably reflects an ancient change in their ancestors, although whether it occurred before or after the proto-ocelots entered South America from the North is impossible to know.

Why Males Are More Muscular 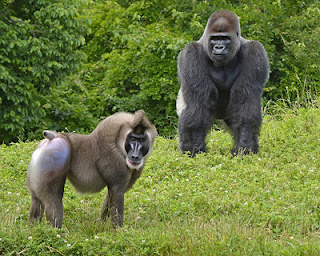 There's a general rule in the animal kingdom that females tend to be larger than males. This is likely because of the extra demands of producing and laying eggs, or of spawning by whatever other method they use. Clearly, it's not a rule that holds among mammals where, while there are some exceptions (especially among bats), it's usually the male that's the larger and more physically imposing sex.

I discussed this a few months ago, in the context of seals, where this size difference is especially noticeable. But it's true in other mammal groups, too, including the primates. In general, the reasons for this are much the same among primates as they are among other mammals; males compete with one another for access to mates, and the most successful ones have more mating opportunities, and hence more children, as a result. Genetic inheritance then carries the trait of "large males" down to future generations, amplifying it until other constraints get in the way. 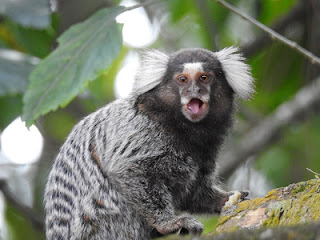 For much of the 20th century, it was thought that there were only two species of lynx, one of which lived right across the high latitudes of the Northern Hemisphere, from Portugal to Newfoundland, by way of Siberia and Alaska. That began to be questioned towards the end of the century, and, since about 2005, it's been pretty much universal to consider this widespread animal to actually comprise three different species. Two of those live in Eurasia, with the other one found only in North America.

This, of course, is the Canada lynx (Lynx canadensis); the alternative form of 'Canadian lynx' is also used in some formal sources, but only seems about half as popular. It lives across virtually the whole of Canada south of the tundra but, despite the name, is also found in part of the US. Alaska is the most obvious example here, but Canada lynx can also be found south of the border in the Cascade and Rocky Mountains, around Lake Superior, and in much of Maine. Between 1999 and 2006, a number of Canada lynx were also re-introduced to Colorado, where they had been locally extinct since at least the 1970s; so far, they seem to be doing well enough.