All the World's Deer: Deer from the Grasslands, Swamps, and Mountains

In 1758 Swedish naturalist Carl Linnaeus was able to describe six of the species of deer we know today. Five, of these, perhaps unsurprisingly, were the five species native to Europe. What may be more surprising is that the odd one out isn't the widespread white-tailed deer, or even one of the Asian species, but one from South America. (As an aside, he also identified two species of what he thought were deer living in Africa. One may not even be real, and if it ever was, was probably a misidentified antelope. The other is very definitely real, but is no longer considered to be a 'deer').

That one exception is what we now call the Pampas deer (Ozotoceros bezoarticus). These live, or at least used to, across much of central South America from central Brazil to northern Argentina. Today, they are found primarily in scattered patches of land across the region, although their numbers are just high enough in total to avoid being formally listed as a threatened species (although the same is not true of all the subspecies). The main reason for this is that their preferred habitat, as their common name indicates, is open grassland... and most of that has been converted into farmland, with some estimates suggesting that as little as 1% of the original habitat survives today, as compared with the late 19th century. 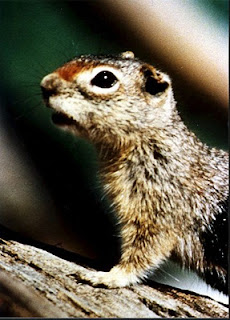 Mammals have an advantage over reptiles in that they don't need the weather to be warm in order to stay active. This makes it easier for them to live in parts of the world that have cold winters, but even then, the scarcity of food at such times of the year means that they often need some additional survival strategy. Some, of course, simply migrate somewhere warmer during the winter - which typically means moving downhill from summer grounds on mountainsides, the long-distance migration of birds being less of an option. Others, such as polar bears, are just good at surviving cold weather anyway, and may not need to do anything significantly different in winter.

But, leaving those possibilities aside, three basic options for surviving the winter present themselves. They could do something behavioural, such as storing food during the summer and coming back to their hidden caches later in the year when food is short. Or they could change physically, such as by building up fat over the summer or having an extra-thick winter coat that falls out in the spring. (And these are not, of course, mutually exclusive).

Coming Down the Mountain 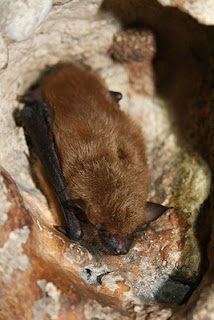 One of the features of behaviour that I've mentioned a few times while covering deer species this year is that, typically, the males and females spend much of their lives apart, only meeting up during the rutting season. While, clearly, many group-living mammals don't do this, deer are hardly unique, with many other species (and not just mammalian ones) having a similar lifestyle. Females gather together in herds, or whatever the group name is for the animal in question, where they can gather together to protect and nurture their young. Males of such species often live in bachelor herds, which are typically smaller.

Sometimes this is due to a simple imbalance in numbers. In species where males monopolise multiple females, a typical herd, while predominantly composed of females, will also have a single dominant male, forcing any subordinate males to live elsewhere. But this is not the case in deer, because, while stags do indeed mate with as many does as they can get away with, they don't live with them outside the rut. Nor are they alone, since other herd animals, such as goats and antelope, often do the same.

All the World's Deer: White-tailed and Mule Deer

When I started this series on deer species, I asked some non-experts how many different kinds of deer they were aware of, to see which ones were best known. I got roughly (but not entirely) what I expected, with red deer and fallow deer topping the list. But that's a reflection of where I live; I suspect that, had I been asking Americans, few could have failed to mention the white-tailed deer.

The white-tailed deer (Odocoileus virginianus) is the most widespread and common species of deer in the Americas, and well-known to anyone familiar with the American wilds. They live throughout the whole of the contiguous US, except for the arid south-west, across southern Canada and almost the whole of Mexico. They are also found right across Central America, and into Colombia and Venezuela beyond, reaching the Guyanas and far northern Brazil in the east and as far as Peru in the south.

From a human perspective, one of the most significant evolutionary developments of the Miocene epoch was the appearance of the first apes. Exactly when the group first arose isn't entirely clear, but it's either very early in the Miocene or very late in the preceding, Oligocene epoch. Part of the reason for the lack of clarity is, as so often, dispute as to where exactly the dividing line is between apes and monkeys when we go this far back in time. But there also seems to be some evidence that the earliest apes evolved in African jungle habitats, which weren't the best for forming fossils.

An example of this early confusion comes from Dendropithecus, from the Early Miocene of Kenya. Comparatively small, at only around 60 cm (2 feet) in length, and with arms that seem to be adapted to swinging from trees, when it was first named as a distinct genus in 1977, it was thought to be an ancestor of modern gibbons. Despite having a somewhat similar lifestyle and diet, this no longer thought to be likely, and one recent analysis places it as belonging to a very early branch in the ape family tree - just early enough that one could legitimately argue as to whether it really counts as an 'ape' or just a very close relative.