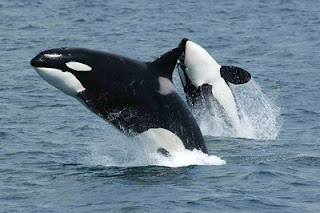 Africa is the world's second-largest continent, containing about 20% of Earth's total land area. Despite this, it's probably fair to say that its the least palaeontologically explored continent - with the obvious exception of Antarctica. But this is not to say that there aren't several very good fossil sites in Africa, many of which have contributed significantly to our knowledge of animal evolution.

The most famous of these sites are those connected with the evolution of our own species, but there are a number of sites that have yielded, for example, significant dinosaur fossils. When it comes to mammals other than humans (and whatever else was living alongside them), Kenya and South Africa have proved particularly rich sources - although, of course, there are others.

Once we get away from the "big cats" as traditionally thought of (lions, tigers, leopards, cheetahs, and so on) the majority of wild cat species are at least broadly in the size range of the domestic animal. However, there are a few cats that are decidedly medium-sized on this particular scale, of which the best known in the Northern Hemisphere are probably the lynxes.

Lynxes are readily identifiable animals, and the word "lynx" itself dates back to at least the Ancient Greeks. They were also one of the original seven species of cat identified by Linnaeus in 1758 when he created the modern system for scientific naming of animals. As early as 1792, they were split off from the other cats into a subgenus of their own, now considered a full genus. This was in Robert Kerr's translation of Linnaeus' original work into English, by which point, at least four different species of lynx had been scientifically named and described (including one by Kerr himself, in the book in question).

Pigs seem to have been another example of animals crossing over from Asia when that continent collided with Africa around 17 million years ago. The oldest fossil pigs in Africa date from about that time and are represented by Kenyasus from Kenya and Nguruwe from Namibia and South Africa. These were relatively small, short-snouted pigs with a primitive appearance similar to that seen in their presumed Asian ancestors.

Because of these primitive features, determining exactly where they fit in the pig family tree isn't a simple matter, but they are often placed with a group called the kubanochoerines. Assuming this is correct (and it's far from settled) they must have evolved fairly rapidly into much larger and more distinctive animals. The best-known member of the group is the giant "unicorn-pig" Kubanochoerus, which lived in China during the Late Miocene. This was an exceptionally large, long-legged animal, perhaps standing 120 cm (4 feet) high at the shoulder and - even more dramatically - sporting a long pointed horn that projected from the centre of its forehead.