Sometimes weeks go by and I have difficulty finding anything very new to post, at least that isn't too similar to something else I've already done recently. Just as often, though, I have to pick between a number of possible stories, and some end up being pushed to the back of the queue, and never leave it. So, every couple of months or so, I'm going to gather up stories that didn't quite make it, and post a short summary here. So, without any more ado:

Are Foreign Mating Calls Still Sexy?
Mating calls are hardly an unusual feature in mammals, and deer are no exception, especially where the males like to gather a larger number of females around them to mate with. You'd think that part of the point of a mating call is to attract females of your own species, so that you end up with a suitable partner. A group of British, Austrian, and French scientists recently tested this out with female red deer (this is the European version of the animal Americans call an 'elk'). They put up loudspeakers emitting recordings of male red deer, and of male sika deer, a closely related Japanese species with similar mating habits, but that looks quite different.

Sure enough, most of the females wandered over to where the calls of the male red deer seemed to be coming from. But ten percent of the females actually seemed to prefer the calls of the sika males, apparently finding them more enticing than the ones from their own males. The researchers say that this may lead to "permeability of pre-zygotic reproductive barriers"... by which they mean a willingness to have sex with the wrong species. And, indeed, after sika deer were introduced into parks in Europe, some hybrids between the two have been reported. Some red deer does, it seems, just find the exotic attractive.

The Insightful Elephant
We've known for a while that we aren't the only species to use tools, even if we ignore instinctive use of objects - such as birds smashing open snails on rocks. Chimpanzees, for example, have the intelligence to work out how to use simple tools to acquire food, and, outside the world of mammals, even some species of crow have been shown to do the same. Elephants seem a reasonable candidate for another animal that might do the same. They are intelligent animals, and they have a trunk that can pick up and manipulate objects.

A New Species of Dolphin

On September 14th, the discovery a new species of dolphin, the burrunan dolphin (Tursiops australis) was officially announced. There has already been a fair bit of coverage of this in the media (see, for example, the BBC story), but I want to focus here on how this all came about. How exactly do you go about naming a new species?

In theory, it's a fairly straightforward, if somewhat laborious, process. You find your new species, write up a description of what it looks like, and how to tell it apart from similar species, designate a holotype (more on this later), think up a name, and get it published. Leaving aside the difficulty of the first part of that - "first, find your new species" - that's often all there is to it. But, with dolphins, the story has been rather more complicated than that.

First, let's get our bearings. The sort of dolphin we're talking about here is a bottlenose dolphin, a particularly well known type, and commonly seen in sea mammal parks, where they have been trained to perform a number of tricks. They live in every ocean, avoiding only the very coldest of polar seas and are therefore extremely widespread.

The World of Weasels

The best known of the carnivorous mammals are surely the large, dramatic, species, such as lions, tigers, wolves, and grizzly bears. Yet, if we determine evolutionary success by the number of species in a group, the most successful carnivoran family is not that of the cats, dogs, bears, or hyenas, but the weasel family. In a way, this should not surprise us too much, since there is always going to more food going around for a small animal than for something the size of a tiger or polar bear.

The weasel family is also, arguably, the most diverse of the carnivoran families. Nobody would doubt that a tiger is a kind of cat, and its hardly surprising to learn that foxes are members of the dog family, but the majority of members of the weasel family are not animals that, in everyday speech, we would call weasels. True, ferrets, for example, do look rather like out-sized weasels, but its probably less obvious that the family includes such animals as badgers, otters, and wolverines.

But what, exactly is a family of animals? The latest edition of Mammal Species of the World lists 144 families of mammal, 121 of which are placentals, but such a list can never be truly definitive. The modern rules for defining any natural group of animals, whether it be a family, subfamily, order, or anything else, is that all the species in that group must be more closely related to each other than to anything outside the group. This means that a family, like any other meaningful group of species, includes a single common ancestor and all of its living descendants. 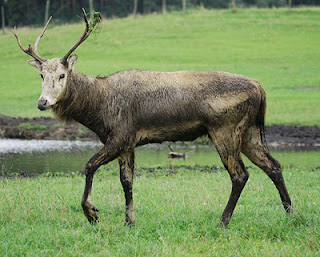