I Would Swim Five Thousand Miles...

Breeding can be an energetically costly business, whether that's the effort put into finding and attracting a mate, or that required to raise young. The latter is a particularly important factor in mammals, which can't simply lay eggs somewhere where there's plenty of food and hope that the hatchlings do well for themselves as, say, an insect might be able to. Therefore, we might well expect that mammals will feed more during the breeding season, to compensate for all that extra energy they will be using.

For males, there can be a downside, in that all the time you are spending finding and eating food is time not spend wooing and mating with females. Thus, in animals such as deer, we may find that males actually eat less during the mating season than they do at other times because their mind is far too much on other things. But females, given the needs of both pregnancy and lactation, ought to be different.

Although the term "langur" is perhaps most associated with the monkeys of India, the term has been used more widely to refer to a range of similar monkeys found to the east. In this sense, the term is really one of convenience, reflecting both the resemblance and the relatively close evolutionary relationship between the various monkeys in the group. However, the word "langur" itself comes from Hindi and Urdu which are, of course, not native languages of the lands to the east, so there has been a move in recent times to use more local names for some of the species. I'm going to stick with the names that seem to be most common in English language sources, but there is considerable variation and not always much consistency.

One of the better studied of these species is the dusky langur (Trachypithecus obscurus). These live in the Malay Peninsula, from the southernmost parts of Myanmar in the north, through southern Thailand, and across essentially the whole of Peninsular Malaysia. Over the last few years, a small number have also been spotted in residential areas of Singapore, presumably having swum across the Johor Strait from the mainland, but they are not native there. Although definitive genetic evidence is lacking, seven different subspecies are currently recognised, three of which occupy different regions along the peninsula, with the other four found only on certain small islands off the coast.

As the Miocene epoch drew towards its conclusion, the island continent of South America drew steadily closer to its northern counterpart. The gap would not be fully bridged by land until a few million years later at the end of the following, Pliocene, epoch but, when it did, many of the peculiar mammals of the southern continent would die out, albeit in many cases it was the subsequent Ice Ages and/or the arrival of humans that truly finished them off. One group that survived the experience, and that is still around today, is that of the armadillos.

Even so, armadillos were more diverse in the Late Miocene than they are today. Probably the most distinctive were the glyptodonts, which had solid, often domed, shells without the flexible bands seen in living armadillos. As the sweltering heat of the Middle Miocene faded towards temperatures closer to those we see today, grasslands began to extend across much of the southern part of the continent, and the glyptodonts adapted to it, switching towards an even more heavily grass-based diet than before. The resulting group of what we might loosely call "advanced glyptodonts" was the one that would later briefly cross over into the north and includes the most famous examples. In addition to certain features of their shell, they were distinguished by having teeth especially suited for chewing, with the high crowns suitable for grinding up grass and other tough vegetation. 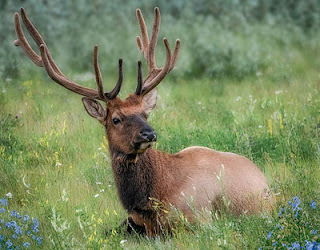 Predators are not the only creatures to feed off other animals. Certainly, if you're an antelope, the obvious things to fear are lions, crocodiles, or whatever else might seek to ambush and eat you. But virtually all animals, and certainly all mammals, also suffer from parasites, a rather more insidious threat.

Very broadly speaking, parasites employ one of two tactics. Endoparasites live in inside an animal, often in the gut if they're any larger than single-celled organisms, although they can infect other organs. These are typically parasitic "worms" of one kind or another, and fighting them off is more a matter of an animal's immune system than of any behavioural traits (at least, once it's already infected). Ectoparasites, on the other hand, live on the outside of an animal, clinging to the skin and perhaps hiding among the fur. Fleas are an obvious example of this sort of parasite and grooming can be at least a partial defence against them.