There is, it seems to me, quite a lot of confusion among the general public about the term "monkey", and exactly which species of animal it might cover. Some people refer to chimpanzees as monkeys, while others reserve it for animals with tails, such as macaques and spider monkeys. And what about baboons or gibbons? Come to that, aren't there other kinds of primate? Where do they fit in?

Or us? Are we monkeys? Are we descended from monkeys? Or neither?

In short, what precisely is a "monkey" in scientific terms? About three-and-a-half years ago, I blogged about the definition of "primate", so perhaps now I'll look at some broad types of primate, and how they fit together.

Warthogs are, quite possibly, the best known species of wild pig after the wild boar itself. They are relatively common animals, readily observed in the habitats where they live (rather than hiding in dense thickets, say) and, perhaps above all, they have a striking and distinctive appearance.

The common warthog (Phacochoerus africanus) is widespread across sub-Saharan Africa, and is currently thought to have four different subspecies. Unlike other African hogs, they inhabit lush grasslands and open savanna, country dotted with trees and waterways, but neither densely forested nor the truly arid terrain of veldt or desert. Two subspecies live in the north, in the Sahel belt that separates the Congo rainforest from the Sahara, and are found right from the Atlantic coast of Mauritania to the shores of the Red Sea in Eritrea. The others are found across East Africa and pretty much the entire south of the continent outside the deserts, reaching as far as South Africa.

A great many predators lived in Europe in the glorious warmth of the Mid Miocene, when the continent was lush with subtropical vegetation and the herbivores that fed on it. As the climate began to turn, and the forests gave way to more open terrain, both the herbivores and the animals that preyed on them underwent a number of changes, with the latter in particular suffering some loss of diversity. (At least, so far as we can tell from the incomplete fossil record).

This affected the full gamut of mammalian carnivores, including many of the smaller, less obvious, ones. The boundary between the Middle and Late Miocene is an arbitrary one that isn't really marked by anything much in Europe, so that, to begin with, these were as numerous as ever. There were badgers, such as Sabadellictis, and even skunks, which today are not found outside the Americas.

Fishing in the Ganges 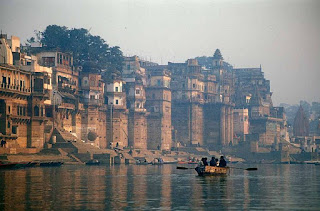 The most spectacular cetaceans are, arguably, the really big ones - sperm whales, blue whales, and so on. However, while our knowledge of the exact numbers is a little hazy, somewhere around half of the cetacean species alive today represent much smaller animals. The majority of these belong to just two taxonomic families.

By far the most numerous are the "true" or "oceanic" dolphins, a family that also includes killer whales and pilot whales - small in comparison with the like of humpbacks, but fairly large by most standards. The second family are the porpoises, which are exclusively small, by cetacean standards, and usually slightly smaller than dolphins.

But there are a few small-sized cetacean species that fall into neither group. These oddities share one thing in common: they don't live in the sea. While they are, of course, just as fully aquatic as their better-known kin, this has lead to them receiving the common collective name of "river dolphin", thus distinguishing them from the "oceanic" sort that most people are more familiar with.