At the end of each year, I do a slightly different post to wrap up the blog for the season. The format of these has changed over the years, and this year, again, it's time to do something slightly different from previous occasions. Not that there haven't been some interesting new species discovered this last year, with, to my mind, the Skywalker gibbon (Hoolock tianxing) being the stand-out example. This was announced early in the year, having been discovered in the Chinese/Myamar border region by a group of researchers who were fans of a certain science fiction franchise ("tianxing" literally translates to "sky-walker" in Standard Chinese), and is likely already endangered.

But this year, instead of discussing just how many new kinds of bat we discovered in the last twelve months, I'm going to note that my posts on fossil mammals tend to be more popular than those on the living sort, and take a look at a partial assortment of scientific papers published on this subject in the last year that, for various reasons, didn't end up in my regular blog posts. So here goes. 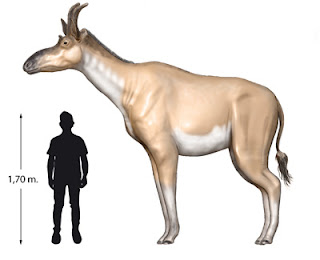 The giraffe family is a classic example of a mammal 'family' that consists of very few living species. Giraffes are sufficiently distinctive, and, arguably, odd, that they clearly deserve a family of their own, yet there just aren't very many of them. Exactly how many living species there are in the family is currently the subject of a dispute, since there is good reason to suppose that the animal we actually know as "a giraffe" represents multiple species, but many researchers feel that the hard evidence for that supposition is lacking. What we can say is that, apart from the giraffes proper, there is only one other living species in the family - the okapi.

Fortunately, being large creatures, prehistoric giraffes tended to leave reasonably decent skeletons behind. They're distinctive in more ways than you might think, too, having, for example, a particularly odd canine tooth that ends in two or three (admittedly small) points, rather than just the one. So our knowledge of fossil giraffes is fairly good, and it turns out that there were a lot more species of them in the past than there are today - they were once a larger, and more widespread group. 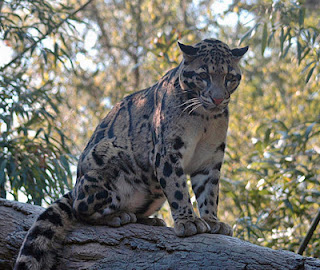