The majority of rodent species look, more or less, like mice or rats, depending on their size. But there are a number of exceptions among the many, many, kinds of rodent in the world. Probably the best known such exceptions in Britain are the squirrels.

By far the most common tree squirrel in Europe, and perhaps the most widespread species of squirrel anywhere in the world, is the red squirrel (Sciurus vulgaris), sometimes called the "Eurasian red squirrel" to distinguish it from the North American animal of the same name. This lives almost everywhere in Europe, apart from the Mediterranean islands, southern Greece, and Portugal, and is one of a relatively small number of native wild mammals in Ireland. Further east, they inhabit just about every temperate, forested, region of Asia, reaching as far as Korea, northern Japan, and the coast of the Bering Sea.

About twenty different subspecies are currently recognised, but there seem to be few reliable ways of distinguishing between them. For instance, while most red squirrels are, in fact, red, a significant proportion are darker, or even near-black. These are apparently more common in the dense highland forests of the Alps and the Altai Mountains, but are not a reliable indicator of subspecies, since they are found in other populations, too. 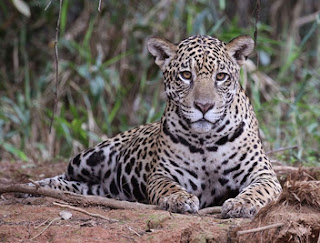 If you happen to own a cat, especially an un-neutered male, you may have noticed that they sometimes pee on things. Shocking, I know.

Spraying is just one way that cats leave scent marks, whether to warn other cats away from 'their' territory, or to advertise their availability to members of the opposite sex. And, as we'd reasonably expect, this is as much true of large wild cats as it is of the domestic moggy. Indeed, we have a reasonable understanding of how some wild cats use these markings. For instance, we know that, just as in the domestic animal, male North American cougars spray more than females, both to mark their territory and to advertise for females.

The general body plan of looking like a mouse or rat is one that's proven very successful for rodents; a huge number of rodent species, not all of which are closely related, broadly fit this description. Both the mouse family and the "hamster family" (which includes deer mice, pack rats, and voles, among others) are considered to be part of a larger grouping of related rodent families called the Myomorpha. This roughly translates as "mouse-like rodents" and it's a group that includes, under the most common current system, seven different families.

Historically, the Myomorpha was defined based on the structure of the jaw muscles, so that it included some animals, such as jerboas, that don't necessarily look all that much like regular mice. But modern genetic analysis has shown that this anatomic feature isn't as unique as we'd thought, and seems to have evolved at least twice, perhaps in response to a similar dietary requirement in the two different groups. As it happens, the jerboas got to stay in the "mouse-like" group (if only just), but one family of animals that manifestly do look like mice turned out to be something else entirely, and about as unrelated to true mice as it's actually possible to be among living rodent species.

Down, Down, Deeper and Down

We've all heard of the extinction event that wiped out the non-avian dinosaurs, leaving the mammals free to diversify and take their current role (along with the birds) as the most visibly numerous land-dwelling vertebrates. But this was not the only major extinction event in the history of the Earth.

How many there actually were rather depends on how big one has to be before being considered 'major'. Part of the reason that we can divide geologic history into so many periods and other subdivisions is that many of them ended with an extinction event of some sort, so that the creatures living afterwards looked different from those living beforehand. But that's not always the case, and, anyway, not all extinctions were equally large and dramatic - at least so far as we can tell from the fossils left behind.