The Jungles of British Columbia

Earth's climate has changed dramatically over the billions of years of its existence. The recent warming events may be unusually fast, but they are by no means unusually large. Not much more than 12,000 years ago the world was in the grip of the Ice Ages, when the polar ice caps stretched much further than today, and places like southern Italy and northern California were cold, sparsely forested steppeland.

On the other hand, there were times when the world was much hotter than today, warm enough that there appear to have been no ice caps at all, even at the poles. During the Age of Mammals - the eon of time since the extinction of the non-avian dinosaurs - the hottest of these was the Eocene Climactic Optimum. This took place a little over 50 million years ago, and it lasted rather a long time, punctuated by short periods of even greater heat. (That's 'short' as in they lasted tens of thousands of years, but not millions). 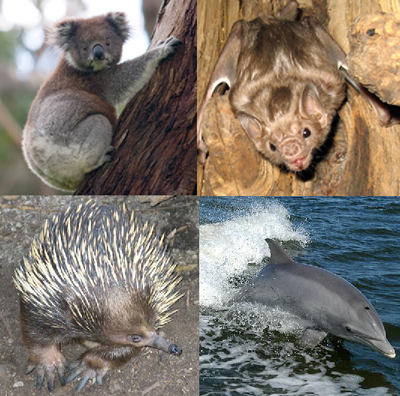 Yes, this is the 200th post on Synapsida, and with it, time for my biennial piece of navel-gazing. If the number of hits is any measure, the blog has certainly increased in popularity over the last two years, typically getting over 200 per day now. I originally picked the title to be distinctive, and, assuming you know to look for it, that's not doing too badly - I'm on the first page of Google and Yahoo searches for the term. Although, obviously, one does need to know it's there, and not be looking for the taxonomic definition of things like pelycosaurs!

Over the last 100 posts, I have added a further 16 living families (plus some fossil ones) to the list of those I've covered, from the reasonably well known, such as armadillos, shrews, and porpoises, to the possibly slightly more obscure, such as tuco-tucos and beaked whales. That, even after four years of the blog, leaves an awful lot of families that I still haven't touched. Many of them are, unsurprisingly, small or obscure families, some of them with just a single living species (the aardvark, say, or the Asiatic linsang). But there's still some obvious gaps. I said in my 100th post that I hadn't covered pigs, for instance, and I still haven't, apart from some fossil species. 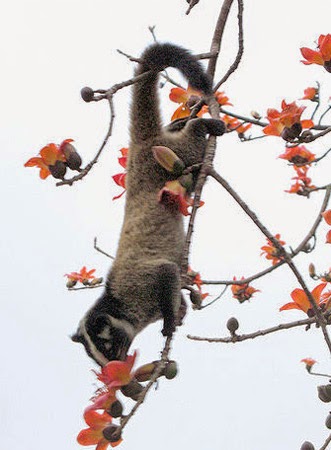 Mini-Monkeys: The Midas Touch and More

A great many species of marmoset and tamarin have been named and described over the years, and the process continues today. The very first three to be described were the common marmoset, the cotton-top tamarin, and the Midas tamarin. Two of these are well-known, well-studied species. But the third, despite the fact that it was first described, alongside the other two, all the way back in 1758, remains rather more of a mystery.

Not a complete mystery, by any means. Midas tamarins (Saguinus midas) are among the most common monkeys in the Guyanas, the three relatively small countries that lie east of Venezuela on the north coast of South America. They're also found further south, in Brazil, as far as the north bank of the Amazon. They're not at all endangered, partly because there's relatively little logging in that part of the Amazon, and partly because they don't seem that bothered by disturbed forest if they do have to live in it. No, the real issue is that most researchers just happen to have focussed on other species. Which, come to that, may not be entirely unrelated to the fact that they live in an area that nobody visits... 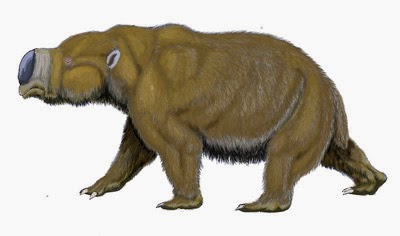 While Australia is not the only continent to have marsupials today - they're also found in the Americas - it certainly has the largest ones. This was, perhaps, even more true during the Ice Ages than it is today.

Of course, being an arid, tropical to subtropical, continent the Ice Ages affected Australia rather less than they affected Europe or North America, or even southern South America. There were no glaciers to be seen, and not a lot of snow unless you wanted to climb a mountain. On the other hand, there were some pretty big animals, including lizards and flightless birds larger than anything we have today. And, yes, the marsupials were bigger, too.

Many weren't that much larger than their modern equivalents - although, to be fair, that's quite large in the case of a kangaroo. But not all of them, for this was also the time of the largest marsupial ever to have lived: Diprotodon optatum, the giant wombat.