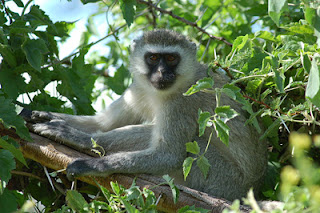 Animals, mammals included, produce a wide range of different sounds. Some species are relatively silent or have a very small repertoire of calls, but others are much more vocal, being able to tailor the nature of their call to a specific purpose. Cetaceans and primates are perhaps the most obvious here, but it's worth noting that cats, for example, can purr, mew, hiss, chatter, growl and (in some species) roar.

Some of these sounds - such as a cat's purr - are found only in a single group of related animals. (Not all wild cat species purr, of course, but many do). Others are, at least in general terms, produced by a range of different species, often in quite similar circumstances. One of these is the 'scream', an unusually loud call that is typically high-pitched. Screams also commonly include rapid, chaotic, changes in frequency and amplitude that we humans interpret as a harsh, inherently unpleasant, sound - and there's likely good reason for that.

In many respects, voles are extremely similar to mice. In many languages, the local word for 'mouse' also describes voles, and this was even the case in English prior to around the 19th century, when the term "vole-mouse" was borrowed from a now-extinct Scandinavian tongue, and shortly thereafter abbreviated to simply "vole". In its original language, it literally meant "field", and a similar etymology can be seen in languages such as German (Feldmaus) and French (campagnol) among many others.

Scientifically, voles have also been mixed in with the mice at different times. While they have recognised as a distinct group with their own scientific name since 1821, for much of the 20th century they were considered a subgroup within the wider mouse family. That's really only changed in the last 20 years or so, as genetic and biochemical evidence has shown that the two groups, while related, have distinct evolutionary histories.

When it comes to fossil animals, there can be little doubt that the ones most popular with the general public are the large ones. There's a reason that dinosaurs seem to hold the most enduring fascination, and that even popular science books about the whole range of prehistoric life are almost bound to have them as part of their title. (And, while some dinosaurs were small, most of the ones we know about weren't, perhaps partly because it's easier to preserve large solid bones than small fragile ones).

It's not really any different with prehistoric mammals, with mammoths, mastodons, and sabretooth cats being the ones that most people would instantly recognise and be familiar with. Even dire wolves, which weren't really all that big, are surely better known than, say, extinct foxes or weasels of the same age. Which brings up a second point: even if an animal isn't as large as an elephant or Diplodocus, being unusually large for a carnivore will still help its public profile enormously. 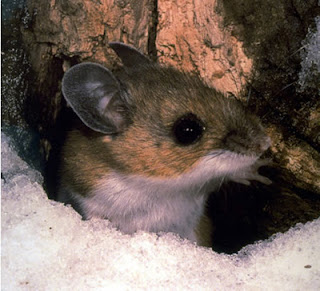