As 2015 draws to a close, it's time to look at some of the species of mammal that we didn't even know existed this time last year. Of course, the reality is that, in most cases, we knew that the animals existed, we just didn't realise that they were a species. Some we thought were subspecies, and we now have enough information to promote to full species status, while others we just hadn't noticed were different at all.

Telling the difference between a subspecies and a species is a difficult, and rather subjective, art. It essentially relies on you being able to demonstrate that the animals don't usually interbreed in the wild when they get the chance. Not that they can't. Not that they don't sometimes. Just that they don't usually. You can really only do this by showing that their genetics are distinct, and even doing that may depend on how good your sample is. As a result, while new species of mammal are named every year, it's worth noting that this isn't a one-way process... it's not that unusual to demote a species back down to subspecies as more information comes in.

Despite their variety, all dog species alive today are placed in a single subfamily of the wider historical dog family. Of course, what we consider a "subfamily", rather than some other taxonomic ranking, is entirely arbitrary, but it does indicate that what we have now represents just one branch of a much older family tree.

This living subfamily are the Caninae, and thus, strictly speaking, the term "canine" can be applied to all living dogs, even the foxes,  which are "vulpine" in more common parlance. The canines have been remarkably successful. Thanks to the existence of the dingo, dogs are one of the few terrestrial mammal families with wild representatives on every continent save Antarctica. (Although not the only one, of course... mice, in particular, get everywhere). That is, at it happens, entirely due to the canines, since the other forms of dog never left their continent of origin. 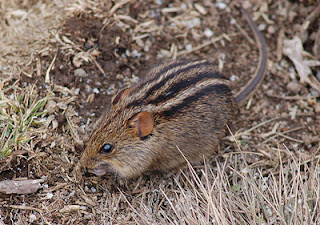