The Teeth of Dead Kangaroos

How to tell what long-extinct animals ate?

Aside from those that died recently enough to leave us mummified, rather than fossilised, remains, your best bet is probably fossilised dung. In the case of carnivores you might even be lucky enough to find the bones of their kills. Of course, both do need matching up to the correct animal, but the former, in particular, is not especially common. Absent such direct clues, then, we have to deduce what we can from the skeleton, and that generally means examining the teeth.

The overall shape of the teeth can give us some pretty clear indications of whether an animal was a carnivore or a herbivore. This is even more true for mammals than it is for dinosaurs, since we have plenty of clear examples alive today. Powerful stabbing canines and flesh-shearing molars indicate a carnivore, while flat grinding plates and leaf-clipping incisors imply a herbivore. There's obviously some gradation in between, in the case of omnivores, insectivores, and, for that matter, weird specialists such as vampire bats, but it's a good starting point.

Mini-Monkeys: The Smallest Monkeys of All

As we've seen over the last few months, the marmoset family contains a number of species of unusually small monkey. Typically about 22 cm (9 inches) in length, plus tail, marmosets and tamarins are far smaller than any other kind of monkey. They're dwarfs, perhaps evolved that way so they don't have to eat as much food, perhaps to hide from predators, and perhaps for some reason we haven't thought of. But, if they're smaller than other monkeys, what is the smallest member of their own family? In other words, what is the smallest species of monkey in the world?

The answer is the pygmy marmoset (Cebuella pygmaea), and it most certainly is small. With fully grown adults measuring just 14 cm (5.5 inches) long, they're only two thirds the size even of other marmosets. The difference in weight is, of course, even more dramatic: typical marmosets weigh between about 350 and 400 g (12 to 14 oz.), while the pygmy species weighs a mere 85 to 140 g (3 to 5 oz.) As is typical for marmosets, the females are slightly larger than the males, but, in this case, not by very much.

Crash of the Bandicoots

Even by the standards of marsupials, bandicoots are a bit odd. The largest order of Australian marsupials are the diprotodonts, a generally herbivorous group that includes kangaroos, koalas, wombats, possums and the like. So most things you probably think of when you think of marsupials, then. The second largest group consists of broadly carnivorous species, most of which are shrew sized, but does also include larger forms, most famously the Tasmanian devil. (It's also this group that includes the antechinus, an animal where the females regularly kill themselves raising their young to adulthood, and the males kill themselves by having too much sex).

This leaves a little over twenty species unaccounted for; species that belong to neither group. All but two of these are bandicoots. These are relatively small animals, with the largest species being about the size of a hare or jackrabbit, and most of the others quite a bit smaller. They're omnivorous, eating things they can find close to the ground, like grass seeds and worms. They share with the herbivorous diprotodonts an unusual feature of the hindfeet whereby the second and third toes are fused into a single digit, albeit one that ends in two claws. Their front teeth, on the other hand, resemble those of, well... every marsupial except the diprotodonts. 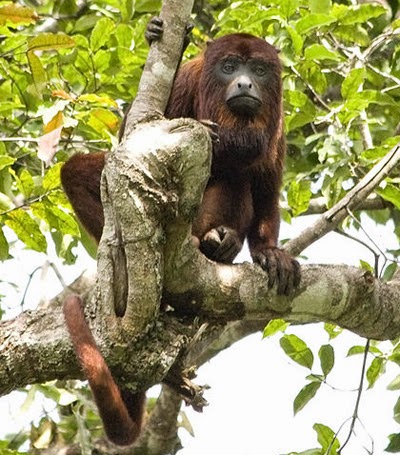 You can never have too many herbivores.

Well, actually, yes you can, but it doesn't happen very often in the wild. Populations of animals are naturally limited by a number of factors. For large predators, for example, the primary limiting factor is how many other animals there are around that they can eat. If the population of predators grows too large some of them will starve, and the population drops.

For small to medium herbivores, however, the limiting factor is rarely food supply, at least in the long term. (In the shorter term, something like a summer drought may be a different matter). For them, the main thing that prevents their population growing too large is that any excess population will get eaten by the predators.

This is, of course, an oversimplification. Large herbivores, such as elephants and rhinos, have relatively little to fear from predators, especially once they reach adulthood. Small predators, such as weasels, have just as much to fear from large ones as herbivores do. And there can be all kinds of other factors coming into play, especially where mankind has mucked up a long-standing ecosystem. But it's not entirely false either, and the upshot is that we rarely get to see what would happen if herbivores multiplied as fast as they'd obviously like to.