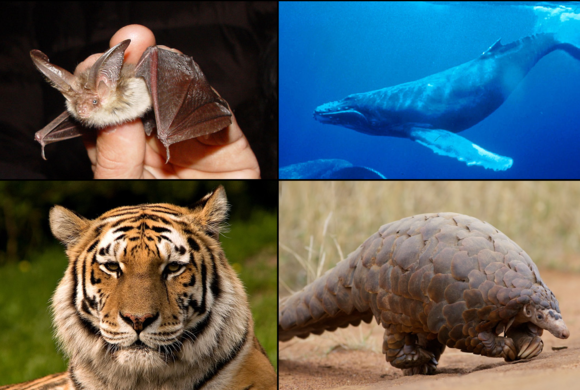 Yes, it's been almost ten years since I started this blog and, while I don't do anniversary posts, since there are typically about 50 posts a year, this does happen to be my 500th post. Which is a fair few when you think about it. And, in general celebration of round numbers, that means it's time for another review of what's appeared in the last couple of years or so, and what might be coming next.

Even allowing for the series on Miocene animals, evolution has been one of the most common topics that I've written about in the last 100 posts, second only to animal behaviour. Which is hardly surprising, I suppose, given the number (and general popularity) of the posts I write about fossil species in general. Also common has been the perennial topic of reproduction, and there have been quite a few posts on animal communication and conservation as well.

The Case of the Missing Sengi 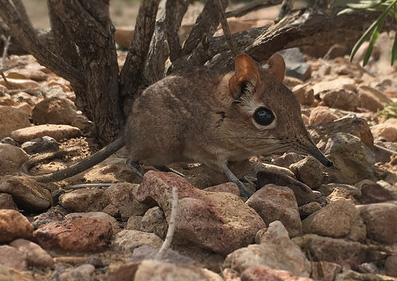 The rediscovery of a species of mammal thought "lost" for almost 50 years was a significant enough story this week to appear (briefly) on the front page of the BBC News website. I'm not sure how much further I can add to the BBC story in terms of detail, but perhaps I can put it into context, as well as providing it for those who may not have seen the original. So here goes.

To start with, what exactly is a sengi?

Sengis used to be (and often still are) called "elephant shrews". The term is falling out of favour because they aren't literally shrews, in the sense of belonging to the actual shrew family, although, as descriptive terms go, it's not a bad one. Since the late '90s most scientists, when they aren't using the more technical term "macroscelidean", instead use the Swahili name for the animal, which is also the one I'll stick with.

Cats were, like many other groups of modern mammal, relatively late arrivals to South America. When the continent merged with its northern counterpart, at least four kinds of cat were among the animals that headed south into virgin territory. Three were relatively large (jaguars, pumas, and the now-extinct sabretooths) but, in terms of the number of species surviving today, it was the smallest one that left the most descendants. Finding plenty of space, and few other animals already there that were at all similar, this early cat rapidly diversified into multiple different species.

This ancestral immigrant probably looked something like its best-known descendant, the ocelot. We can say this because most of its other descendants, such as the margay, also look quite a lot like ocelots. Compared with other cats - including those others on the same continent - they are all missing a pair of chromosomes, incorporating the relevant genes elsewhere on their genomes. That karyotypic quirk backs up the physical evidence of the cats' appearances to confirm their close evolutionary relationship.

When Africa, moving north, collided with Asia around 19 million years ago, a number of hoofed animals, and other large herbivores, headed south to colonise the continent. Naturally, where herbivores go, predators follow, so an influx of carnivorous animals occurred at around the same time.

Until this time, Africa had been an island continent, separated from the larger northern landmasses and lacked many of the kinds of carnivore we are familiar with today. It had, for example, no cats, dogs, or bears, or even such quintessentially "African" animals as hyenas. All of these, and others besides, belong to the group of mammals known as "carnivorans", which essentially includes all large land-dwelling mammalian carnivores today, apart from the Tasmanian devil. They had evolved in the north, and the new land bridge gave them their first chance to reach the more southerly continent. 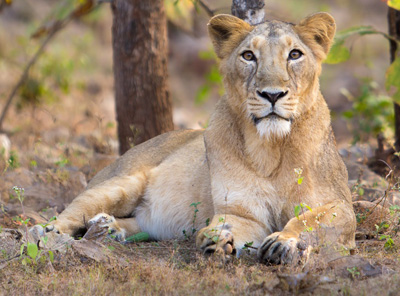 A theme that crops up on this blog every now and then is that some animal that many people probably assume is a single species is actually two or more. There are, for example, three species of zebra, three jackals, and seven different kinds of musk deer. The lion (Panthera leo) is not one of these animals; there really is only one species alive today - and it's been around for a long, long time.
I remember a few years ago, at London Zoo, I happened to be passing the lion enclosure when one of the keepers was giving a talk. The lions at the zoo were obtained from the Gir Forest in Gujarat, India, rather than being the African sort. The keeper repeatedly referred to "this species" of lion when, for example, he was indicating how much more endangered the Indian population is than the African one.
Read more »
Posted by JK Revell at 13:07 8 comments: