When the modern system of scientific names for organisms was devised, and the first recognised catalogue of such things was published in 1758, Carl Linnaeus named four species of seal. Two of these are, for anatomical reasons explained in my previous post, no longer considered members of the "true" seal family. One of the others was the elephant seal, which Linnaeus had presumably only heard of by reputation. The remaining one, however, was likely an animal he was much more familiar with, given that they are found around the coasts of his native Sweden.

In fact, when Linnaeus described what was essentially a typical "seal-like" animal, he would have been thinking of what we now know to constitute, like the "elephant seal", a number of different species. The one that was likely the most familiar to him, however, is the one that retains the scientific name that he gave it, and which is known in many parts of the world simply as "the common seal". In more recent times, the alternative name of harbour seal (Phoca vitulina) has become more widely used, and it's this that I'll use to describe the animal to which, taxonomically speaking, all other seals are in some sense compared.

At the dawn of the Pliocene, Australia was a relatively green continent, with plenty of rich, tropical and subtropical, vegetation. That changed as millions of years passed, with the continent becoming steadily drier and the grasslands and semi-desert of the Outback came into being. This was, of course, bad news for many of the animals that had lived there in the wetter past, many of which went extinct, but it also saw a noticeable increase in the number of grazing animals, for which wider grasslands were clearly a boon.

Elsewhere in the world, this sort of thing was benefiting animals such as horses, goats, and antelopes. But Australia was different. It wasn't, of course, the only island continent of the day, but it was the oldest by some margin, having separated from its neighbours long before South America split from Antarctica, or before animals stopped crossing between Eurasia and North America (even ignoring the Ice Age crossings of the Bering land bridge, which were, at this point, still in the future). 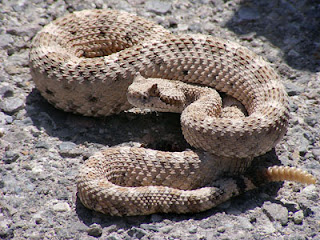 Animals would, on the whole, prefer not to be eaten. As a result, they have evolved a number of ways of avoiding this fate. Being particularly large and fearsome is one tactic - very little eats lions, after all - but that obviously won't work for more most creatures. Many other defensive measures are passive, such as camouflage, or involve hiding or only coming out at a time of day when the local predators aren't around much.

An approach that's essentially the exact opposite of camouflage is the "aposematic display", in which the animal has stark, highly visible, colour markings that warn predators it is dangerous. Of course, you really need something to back this up, or the predators will eat you anyway, and, moreover, find you quite easily. Among mammals, among the clearest example of this are the skunks, with their dramatic black-and-white colouring that warns potential predators that they might get a face full of stink if they try anything. 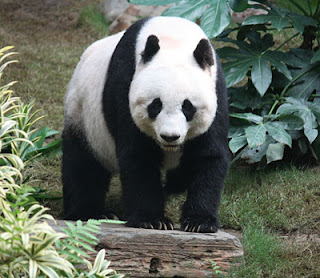 Zoos have changed a lot since their inception in the 19th century. (Obviously, collections of wild exotic animals have been around for thousands of years, but the first "zoological garden" in the modern sense was arguably London Zoo, which opened its gates to the public in 1848). For a long time, animals were literally kept in cages, the easier for the public to view them. Conditions were, from the animal's perspective, for the most part pretty grim.

There are doubtless many zoos across the world, especially in poorer countries, where things haven't improved all that much. But, at least in the West, things have changed significantly. Animals frequently get the chance to roam in outdoor enclosures with grassy environments, rocks and trees to climb, ropes or other toys to play with, and so on. Furthermore, modern zoos do have an important role to play in issues such as conservation - there are species in the world today that would have gone entirely extinct had not some of them been kept in zoos. (For what it's worth, two mammal species - a deer and an antelope - are currently listed as "extinct in the wild" by the IUCN. Re-introduction efforts are underway for both, but it's a slow and difficult process).