This will be the Synapsida post that is current as of 1st April this year. Now, I'm not going to do an April Fool's post, not least because this won't actually go up on the 1st. But, nonetheless, as a sort of reversal-of-expectations, why not, just this once, do something a little bit different?

So here we go: a post about a bird! Gasp!

Birds, despite being warm-blooded, air-breathing vertebrates, are, of course, not mammals, or even synapsids. Instead, they are diapsids, part of an evolutionary line that parted company from the synapsid/mammalian line over 300 million years ago, and which today also includes most, perhaps even all, of the reptiles. (The position of turtles is, to the best of my knowledge, still slightly contentious - they don't look anatomically like diapsids, but there are reasons to think that might be misleading. This is, however, a subject well beyond the scope of this post).

As a result of this long evolutionary separation, birds and mammals are substantially different in a number of ways. The most obvious is perhaps that birds have feathers, and mammals (usually) have hair, but there are many more differences 'under the skin'. For example, the wings of bats and those of birds, while performing the same function, have quite a different skeletal structure to them.

Pliocene (Pt 4): Before the Mammoths

One of the markers for the end of the Pliocene is the "Mammoth-Horse Event" when the slide into autumnal temperatures that had defined the later part of the epoch reached the point that significant quantities of ice began to build up in the Northern Hemisphere - notably in Greenland, where it still remains today. In Europe, this cooler weather brought an end to many of the more northerly forests, replacing them with open tundra-like grassland. Many aspects of the local fauna didn't change all that much, although they likely edged a bit further south.

But the arrival of the grasslands did herald the appearance of single-toed horses, and of mammoths - albeit not the woolly ones that most people immediately think of. Mammoths are perhaps the poster-child for the Ice Ages, but Europe was, of course, not devoid of such large animals before their coming. 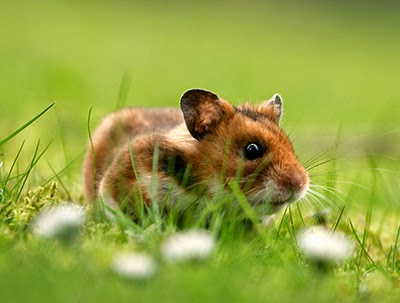 Animals can make a lot of different calls, for a lot of different purposes. There are alarm calls, aggressive warning growls, mating calls, the contact calls between a mother and her young, and so on. Not all of these sounds, however, are audible to us; some are at such a high ultrasonic pitch that we humans simply can't hear them.

The most obvious example is, perhaps, the sonar of bats, but bats are not the only mammals to make ultrasonic calls. We know, for example, of fifty species of rodent that use ultrasonics, and, since such studies are still largely in their infancy, and there are over 2,000 species of rodent to pick from, it's a fair bet that there are far, far more we don't know about yet. Obviously, though, the rodents aren't using these calls for sonar (at least, not that we can tell) so what's the point of it?

It's likely just that there's no particular reason why a rodent should want to make sounds that humans happen to be able to hear. So far as they're concerned, their ultrasonic calls aren't really any different from all of their others, and they're using them for much the same sorts of purpose. For the most part, they have been observed during courtship, suggesting that they're basically mating calls. That's probably not the only thing they're used for, and there's evidence that mice, for example, can encode information for quite complex social interactions in their calls, but it does seem to be a common one.

The Dog Family: Three Jackals and a Wolf

The genus Canis groups together all the most wolf-like of the wolf-like dogs. It includes the grey wolf (which itself includes both the domestic dog and the dingo), the coyote, and, assuming we recognise it as distinct, the red wolf. All of the other living species in the genus have, at one point or another, been called "jackals". Biologically speaking, then, the term "jackal" doesn't really mean anything - it's just what you've got left over once you've left out the wolves and coyotes. But, it has to be said that the three species we still call jackals today do have a certain physical similarity, and it's not hard to see why the fine details of their genetic relationship had us fooled.

Perhaps the most visibly distinctive of the jackals is the black-backed jackal (Canis mesomelas), sometimes called the "silver-backed jackal", since, aside from a stripe down each flank, the back can hardly be described as pure black. Black-backed jackals have a somewhat odd distribution. They are common in southern Africa, from southern Angola and Mozambique down to the Cape region, but they're also found in eastern Africa, from Tanzania to Eritrea, and throughout the Horn of Africa.

Dog-toothed Beasts from the Time Before Dinosaurs

What sort of animals did mammals evolve from? For birds, the answer is simple: they evolved from reptiles, and specifically, from dinosaurs. (Which is why we say, using the modern definitions of things, that birds are dinosaurs). With mammals, though, the situation isn't quite the same.

The first mammals appeared around 225 million years ago, not long after the first dinosaurs did. However, they were not descended from reptiles, but from an entirely separate evolutionary line - the Synapsida - that had lived alongside the reptiles for a very long time. Yes, if you go back far enough, reptiles and mammals do have a common ancestor, and that animal would have looked, to modern eyes, more like a reptile than it does a mammal. But it wasn't a reptile, not in the modern scientific sense, and it belonged to a group of animals that just aren't around any more.

But between the point when that animal lived, and the first mammals appeared, there were a whole host of other, non-mammalian, synapsids. We often divide these creatures into two broad "grades" of evolution: the early, reptile-like, pelycosaurs, and the later, more mammal-like, therapsids. (In fact, of course, the two lived together for quite some time - it's not that one simply turned into the other. Evolution is more complicated than that). A greatly simplified tree of the "true" therapsids is included below, and shows that early mammals had rather a lot of relatives.