The Old World leaf-monkeys are formally known as "colobine" monkeys, with the name of their subfamily coming from what British zoologist Thomas Jerdon considered to be the most typical member of their subfamily when he first named it in 1867. These, of course, are the colobus monkeys, of which there are a great number of species. Jerdon, however, was thinking in particular of what we would now call the black-and-white colobus monkeys, so it's these against which, taxonomically speaking, all other leaf monkeys are compared.
The first colobus monkey of any kind to be scientifically described was the animal now known as the king colobus (Colobus polykomos). This was in 1780, with Eberhard von Zimmerman basing his description on a specimen collected from an island off Sierra Leone. His original name meant something like "many-singing monkey", and it was only in 1811 that the word "colobus" was coined. This comes from the Greek word for "maimed" and refers to the fact that colobus monkeys have no visible thumbs, just a small lump on the side of the palm, making it look as if they have been cut off.
Read more »
Posted by JK Revell at 16:12 No comments:

As the heat of the Middle Miocene gave way to the more moderate temperatures of the Late Miocene, grasslands grew across much of the Northern Hemisphere. In South America, however, the changes were, perhaps, less significant due, in part to its more equatorial position. Nonetheless, even aside from the general worldwide cooling trend, the South American climate was changing as the Andes continued to rise, affecting weather patterns across the continent. It was also continuing to edge closer to North America, so that, towards the end of the epoch, it became possible for a few animals to make the crossing using the islands of what is now Central America as stepping stones.
Read more »
Posted by JK Revell at 17:57 No comments:

Are Animals Darker in the Tropics? 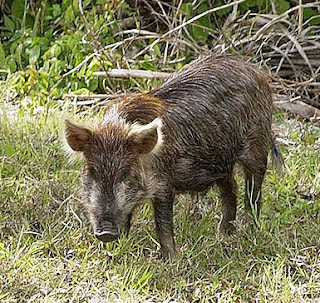 In 1833 Prussian ornithologist C. L. Gloger published the book Das Abändern der Vögel durch Einfluss des Klimas (roughly "the modification of birds by climatic influences"). In this, he put forward a proposal that the plumage of birds living in hot, humid, environments tends, on average, to be darker in colour than that of those which do not. In 1929, biologist Bernhard Rensch formalised this as "Gloger's Rule", one of a number of zoological "rules" that seemed to be true more often than not but for which there was not necessarily a clear explanation.

Crucially for this blog, it seemed to be true of the skin and hair of mammals as well. This observation raises a number of questions, of which the first is clearly "is it true?"

How Dolphins Got Their Large Brains 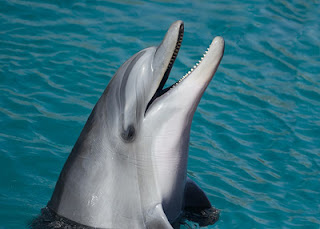 As a rule, larger animals tend to have larger brains, just as they have larger hearts, livers, and other internal organs. But the relationship is not a linear one, partly because, unlike the liver, there's a minimum size below which the brain doesn't have room for the basic housekeeping functions that keep the body ticking over, so that small animals have proportionately larger brains than large ones. If we want to know whether a particular creature has a larger, or smaller, brain than we'd expect then, as I've described before, we use a mathematical formula called the encephalisation quotient to determine what the size of the brain "should be".

By definition, an average mammal should have an EQ of 1. The formula breaks if we try to apply it to non-mammalian animals, such as birds, probably because their brain architecture is different from ours at quite a fundamental level. Even for mammals, there is some debate as to exactly what formula we should be using; most older studies have determined that brain size typically rises as the 2/3 power of body size (that is, as the cube root of the square) but a 2019 study argued that it's perhaps more accurate to base it on the 3/4 power and this seems to be a growing consensus.