Most bird species are diurnal. Doubtless, if you're flying about and don't have sonar, as bats do, it helps to be able to see where you're going. Nonetheless, there are many exceptions to this general rule, and none are more obviously so than the owls.
There are well over 200 living species of owl currently recognised, ranging in size from the mighty Eurasian eagle-owl (Bubo bubo) with a wingspan of up to 180 cm (6 feet) down to the tiny elf owl (Micrathene whitneyi) with a wingspan of just 27 cm (10 inches). They are grouped into two closely related families; the great majority of species belong in the Strigidae family, with just 20 assigned to the barn owl family, the Tytonidae. While there are some internal differences between the two, the most visible in the living animal is that barn owls, unlike regular owls, have distinctive heart-shaped faces.
Both families have been around rather longer than most mammal families have, with fossil representatives dating back to at least the Early Oligocene, around 35 million years ago. The two families are, however, rather like pigs and peccaries, each others' closest relatives, together forming the order Strigiformes. Since few people would deny that a barn owl is, in fact, an owl, it's this order that's really the scientific counterpart of our everyday understanding of the word.
Read more »
Posted by JK Revell at 15:01 4 comments:

Miocene (Pt 25): The Large Clawed Cat-Cat and the First Dog in Africa

Today, the hyena family consists of just four species. All of them live in Africa and, generally speaking, they look somewhat like dogs. Three out of the four are scavengers, with powerful teeth adapted for cracking open bones to consume as much of a carcass as possible. The largest and fiercest of these is the spotted or "laughing" hyena, which is the one most people think of when the word "hyena" is mentioned, although there is more variety in the group than that. But even so, with just four species, it's not what you'd call a large taxonomic family.

During the Late Miocene, however, things were very different. It's hard to know the exact number of species that existed, even among the fossils we have, since some of the subtler differences may not be apparent from bones alone. But there were certainly plenty of genera, spread widely across Europe, Asia, and Africa. They were also more varied than today, and their success at the time may well have been due to the fact that actual dogs were still restricted to North America at the time, leaving the hyenas without direct competitors. 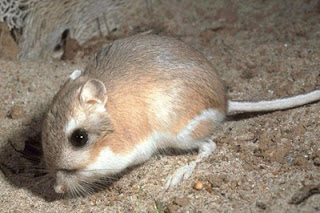