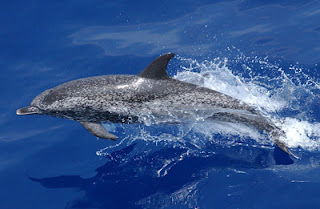 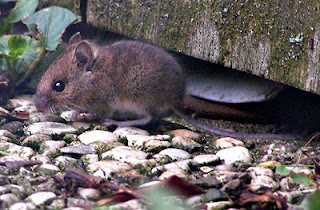 A common feature of my blog posts, pretty much since the beginning, has been the inclusion of cladograms, tree-like diagrams that show how different species, or groups, of mammal are related to one another. Our knowledge of these relationships is constantly evolving, as we get more and more information, or find different ways of doing the necessary measurements.

In general, though, what happens is that scientists measure a number of different features from the animals that they want to study, and compare which ones have the most in common. These days, these are most likely to be physical measurements, such as fine details of the shape of the skull or teeth, if at least some of the creatures we're looking at happen to be fossils. Otherwise, it's much more likely that the things being compared are stretches of genetic code. The further apart two animals are, evolutionarily speaking, the more differences there are likely to be, and if we pick a gene that both animals possess, and that can accumulate a reasonable number of changes without stopping working altogether, we have a good basis for comparison.

After the mice, the second largest family of mammals is the hamster family, with somewhere in the region of 600 known species. The vast majority of these species are, however, not hamsters, and I refer to it as the "hamster family" only because that is the literal meaning of its scientific name, the Cricetidae. Over half of the cricetids, for instance, are "New World mice" visibly more or less indistinguishable from the "true" mice of the Old World. Most of the remainder are voles, and a mere couple of dozen or so are actually hamsters.

The species most people think of when they think of hamsters is the golden hamster (Mesocricetus auratus), which is the animal commonly seen in pet shops. While a few other species are sometimes also kept as pets, most of the varieties named on the basis of things such as hair colour and length are just domesticated breeds of the golden hamster. They are found in the wild only in one relatively small area on the Turkish-Syrian border, just north of Aleppo. Which, right at the moment, does make it somewhat difficult to study their behaviour in their natural environment.

But then, given that there are so many of them in captivity, and that they aren't exactly obscure animals, you might think that we know pretty much all there is to know about them. Certainly, compared with many other species, they are well-studied creatures. Indeed, they are common laboratory animals, due to the ease of breeding them in large numbers and their apparent comfort in indoor environments. On the other hand, while there are obvious advantages, such as not being eaten by predators, hamsters do not naturally live in cages... so maybe they behave differently when given the free run of the countryside?