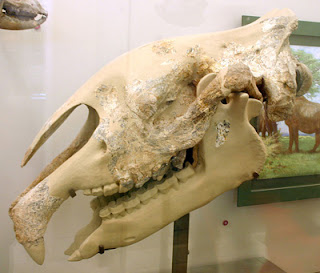 It sometimes appears that just about every sort of animal was larger in prehistoric times. That this cannot be a universal rule is shown by the fact that the largest animal ever to have lived is the blue whale, which is still around today (albeit as an endangered species). Still, it is true that many prehistoric animals were larger than those alive today, and dinosaur researchers do seem to be engaged in a constant battle to find the "biggest land animal ever" - although this is likely a reflection of what sort of palaeontology stories get into the regular news media.

The largest land animal ever to have lived was surely a dinosaur, most likely a member of the aptly named titanosaur group. But what about the largest land mammal? It's hard to know for sure, partly because "largest" is a vague term that could be interpreted in different ways - do we mean weight or linear dimensions? But it's also just difficult to know when all you have to go on is the skeleton, and that's probably incomplete.

Girl Power in the Monkey World 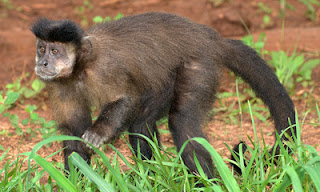 There are many advantages to an animal of living in a group, such as it being easier to watch out for predators or even drive them away. One of the downsides, however, is that you also have to compete with others of your own kind for access to resources. Clearly, constant infighting is not a good thing and would lead to a rapid breakup of the social group in question. One way that this can be reduced is through the practice of social dominance.

The first formal model of this concept in animal behaviour was described by Norwegian zoologist Thorleif Schjelderup-Ebbe in the 1920s. Having grown up on a farm, he had observed the behaviour of chickens, and, in his PhD dissertation in 1921, he described what is popularly known as the "pecking order". What happens is that, rather than fighting constantly, chickens establish a hierarchy where each animal knows where it stands. If two chickens face off against one another, the lower-ranking, or submissive, bird almost always backs down, allowing the higher-ranking, dominant bird to win without a proper fight.

All the World's Deer: Deer from the Ganges and Beyond

At least before the rise of intensive agriculture, India, with its lush vegetation, was prime habitat for deer. The constraints of geography - the Himalayas to the north and deserts to the west - keep it separate from Europe and central/northern Asia at least, but it's a very large place, able to support a number of local species. When it comes to deer, there are no less than seven species native to the country, although four of those are only found in the north. Across the great bulk of the country, two medium to large species are common: the sambar and the chital. But there used to be three.

That third one was the barasingha (Rucervus duvaucelii). Fortunately, while I say 'used to be', I don't mean that it's extinct, as its closest relative, Schomburgk's deer is. Just that it's no longer common and widespread. It's primarily a grazing species, feeding in long grasslands and on forest edges and there used to be many of these on the Indian subcontinent. As recently as the 19th century, barasingha were found across almost the whole of central and northern India (aside, of course, from the Rajasthan desert) as well as in neighbouring parts of Pakistan, Bangladesh, and Nepal. They were especially common along the great floodplains of the Ganges and Indus Rivers. 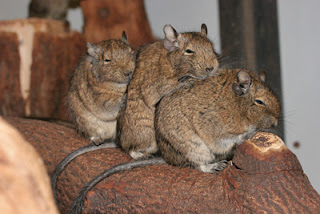 Many mammal species are, by nature, solitary, spending most of their adult lives apart from others of their kind except when mating or raising young. But others are inherently social, living in herds, packs, or simply in mated pairs that live together for a long time even when they don't have children. For such animals, being separated from others is an abnormal situation that can be stressful.

One thing we often see when animals that have been forcefully separated are reunited is that they interact even more than usual, rebounding after their isolation. For instance, male rats kept apart from their friends for a week greet one another with increased petting, social grooming, and anus-sniffing, compared with how they behave on normal days. It probably doesn't come as much of a surprise that something similar is known to be true of humans that have experienced temporary social isolation.