The Cat Family: Domestic and Wildcats

Perhaps surprisingly, there is some confusion and debate as to the correct scientific name for the familiar domestic moggy. There are, in fact, at least three different possibilities, all of which have their supporters among the people who study such things.

Firstly, there's the option that domestication has had such radical effects on the cat that it can be considered a separate species. In this case, its correct name is Felis catus. That name was first awarded to the animal in 1758, in the oldest listing of scientific animal names still considered valid. At the time, Carl Linnaeus, who wrote the list in question, intended it to apply to both wild and domestic forms, although the domestic version was raised to subspecies status by Johann Erxleben 22 years later.

For much of the Miocene, bears were represented in North America by the single genus Ursavus. This was relatively primitive, and small by the standards of modern bears, although still easily identifiable as such. It seems to have left no local descendants, but, around 7 or 8 million years ago, it was joined - and eventually replaced - by new arrivals from Asia.

The best known of these were Indarctos and Agriotherium, bears that were widespread across the Northern Hemisphere of the time, and common enough in both Asia and Europe. Indarctos was the smaller of the two, roughly the size of a black bear, and with what was probably a similarly omnivorous diet. It was likely more closely related to pandas than to other modern bears, and died out as the Miocene ended. 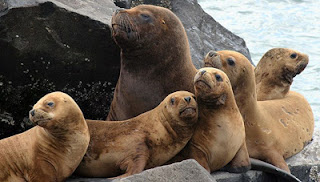 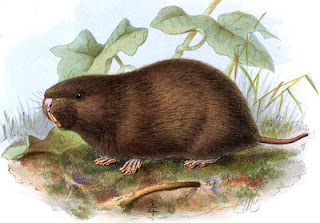