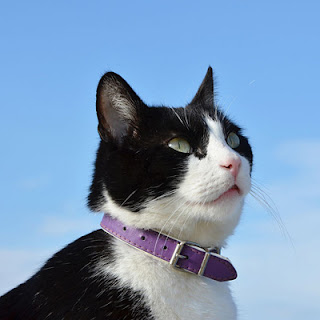 It is sometimes said, perhaps only half-jokingly, that the growth of the internet has been largely driven by two things: pornography and pictures of cats. I can't do much about the first of those here, but cats are a different matter.

In fact, the reason that I haven't looked at cats so far in my annual surveys of mammal families is precisely because, if there's one group of mammals that has substantial coverage on the internet already, it's cats. Lions, leopards, and so on are also amongst the most popular of subjects for TV wildlife documentaries, and it's hard to see that I have much to add. But, nonetheless, and while I have, of course, covered cats before in individual posts, exploring the family is a gap that I eventually had to fill. So here we go.

Compared with some, more diverse, mammal families, members of the cat family, Felidae, are all readily identifiable as such. Cats have short faces, lacking the long snout of dogs, with large eyes and ears, and prominent whiskers. Their bodies are generally sleek, usually (although not always) with long tails, and they have muscular limbs and sharp claws. Indeed, apart from size and coat colour, most species of cat are remarkably similar in physical appearance. If you removed the skins of a lion and a tiger, only a real expert would have any chance of telling them apart.

The popularity of cats is at least partly due to their physical features: the short faces and large eyes trigger what's known formally as the "kindchenschema", an innate human response to features we associate with our own babies. The term was first coined by behavioural biologist Konrad Lorenz in 1943 and has since been supported by studies that prove scientifically that cats and puppy dogs are, in fact, cute.

Which is good to know.

But the reason for this look is also the reason that cat species all appear so similar: they are highly evolved killing machines, already superbly adapted for what they do. Their faces are short in part because, with a diet that's higher in meat than almost any other land-based mammal, they don't need to bother with those teeth that most other animals use to chew up plant matter. Although it varies between species, dogs have around 40 teeth, while cats have only 30. And dogs are hardly what you'd call herbivores.

The teeth at the front are pretty much the same between cats and dogs. There's a relatively straight line of six incisors at the front of each jaw for nipping flesh from carcasses, followed by the large sharp, canine teeth. Sufficiently large, in fact, that there has to be a gap in the tooth row to fit the canine tooth from the opposite jaw in when the mouth shuts. It's proportionately larger in cats than dogs, but the pattern is broadly similar. The canines are great for stabbing although, in practice, cats typically kill by suffocating their prey, clasping their jaws around its face or throat.

Behind the canines, where the grinding molars and premolars would go in most other mammals, the difference from dogs is rather more apparent. Where the latter have a reasonably complete set of four premolars and two or three molars on each side of each jaw, cats have two or three premolars in the upper jaw, two in the lower jaw, and just four molars in total. The first premolar in the upper jaw is small, and missing altogether in some species, but the other two are adapted into long shearing blades with three sharp points, functioning as a serrated meat cleaver. The three cheek teeth in the lower jaw are similarly shaped, although the solitary molar has only two points. Which leaves just one molar tooth in the upper jaw, which is small but sharp, adding another point to the existing array.

These aren't teeth for chewing on tasty foliage; they're for stabbing and slicing.

The shorter face, allowed for by this reduction in dentition, gives the additional advantage that it's possible to attach more powerful muscles to the rounded muzzle and face, which increases the power of the bite even further. (It's no coincidence that polecats and otters, for example, also have short faces). To anchor these hefty muscles, a cat's skull has a prominent 'sagittal crest', or ridge, running along the centre of the forehead.

The wrists of cats are highly flexible, something that's mainly an adaptation to grasping onto struggling prey, but also helps some of them climb trees. However, this does tend to weaken the forelimbs, meaning that they aren't very good at running, and prefer to pounce on their prey from hiding or at least approach close before chasing them. Cheetahs are the obvious exception here, aided by a spine that's unusually flexible, even for cats, claws that function as running spikes, rough footpads for traction, and a complete lack of a clavicle (collar bone). The last of those features allows them to stretch their forelimbs further forward than would otherwise be possible and thereby increase their stride length.

The large eyes, ears, and whiskers are, of course, all features for enhancing a cat's senses, especially when hunting at night. (Cheetahs hunt by day, and it's interesting to note that they have unusually short whiskers). The fact that many cat species have vertical pupils, which can more easily be closed in bright light than circular ones, is probably also due to their night vision. The tapetum lucidum, a membrane that reflects light inside the eyes and incidentally creates their strong 'eyeshine' is an even clearer adaptation for night vision. At the cellular level, cats have sacrificed the cells that would normally detect colour in favour of those that work in low light levels - they can, just about, make out some colours, but they're really bad at it.

On the other hand, the short snout of cats means that they have less room for the olfactory organs in the nose, and cats have a much poorer sense of smell than dogs do. Having said which, it's still much better than that of humans...

With the unusual exception of lions, cats are solitary predators, only spending time with one another during the mating season or when a mother is raising kittens. Despite this, they have a fair range of noises they can make for communication. All cats can mew, hiss, growl, and snarl, and they all make some sort of snorting or puffing sound (described in some species as a gurgle, chuffle, or prusten) when close to friendly members of their kind. A few other sounds, such as the chatter of a domestic cat that can see, but not reach, a bird it wants to kill, are found only in particular species, but the other well-known examples are the purr and the roar.

Most species of cat can either purr or roar, but none of them can do both. This is due to the structure of the hyoid apparatus in the throat. In most cats, and indeed, most mammals, this is a bone located in front of the larynx or voicebox. In some larger species of cat, however, it is made primarily or entirely of cartilage, rather than bone, and associated with an elastic ligament attaching it to some of the throat muscles. It was thought that this latter arrangement allows those cats that have it to roar, while simultaneously making it impossible for them to purr.

Indeed, this distinction was used by Reginald Pocock, back in 1917 to divide the cat family into two living subfamilies: the pantherines or "roaring cats", and the true felines or "purring cats". Or, at least those were the main groups, since he also gave the (purring) cheetah its own subfamily, on the grounds of it being a bit odd.

However, this turns out to be overly simplistic, since snow leopards, for example, cannot roar despite having the same hyoid apparatus as lions - and being unable to purr. This, it seems, is because while the elastic hyoid ligament may be necessary in order to roar, to actually do so also requires modifications to the structure of the larynx itself.

Nonetheless, when we finally got around to doing the sort of genetic analysis that we use today to trace evolutionary lineages, Pocock was largely vindicated. The pantherines, snow leopard included, really are a distinct evolutionary line within the cat family. He had been wrong about the cheetah, which turns out to be deeply nested within the "true feline" group of purring cats, but, otherwise, the division was exactly where he'd thought it was.

The pantherines, therefore, include most of the animals we'd generally call "big cats": lions, tigers, true leopards, snow leopards, clouded leopards, and jaguars. Everything else alive today, including cheetahs and cougars, belongs in the subfamily Felinae. Most of these are much, much, smaller than lions and tigers; if the body form of cats has largely been conserved over the course of their evolution, their size very clearly hasn't.

TV wildlife documentaries tend to focus on the big cats, especially those living on the plains of Africa where they're relatively easy to film. Small cats are often more secretive and, while many are still familiar, some may be less so. So, over the course of the year, I'll be turning to look at the individual species of small cats. Starting, of course, with the most familiar one of them all...