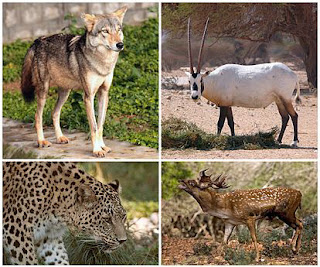 With this being the 400th post at Synapsida, it is once again time for my biennial piece of navel-gazing, in which I see what has happened over the last 100 posts, and where I might be going next.

There's no change to the most frequently used tags over the last 100 posts, with evolution and behaviour topping the list, as might be expected, given the general theme of the blog. (I'm ignoring tags directly related to particular 'series' here, of course). Bubbling under are topics related to diet, sociability, and reproduction. Given some of the animals I have been looking at, it is unsurprising - if rather depressing - that endangered species are also mentioned quite frequently.

The coverage of different mammal groups has continued to be fairly diverse, although rodents have taken over from carnivorans as the order most likely to get a headline mention. I suppose there are a lot more of them, and it's probably easier to do (say) behavioural experiments with mice than it is with lions. Dolphins and bats have also made relatively frequent appearances on these pages recently. Looking specifically at families of animals, I still managed to find some that had never had a full feature on Synapsida before. These included small animals, such as dormice, pacas, and hedgehogs, but also some larger creatures, with hippos making a surprisingly late debut, and then popping up no less than three times. It's worth noting, perhaps, that some of these newly mentioned 'families' have very few living species.

It's hard to judge which are the most popular posts over such a two-year period, since, by that time, the oldest ones have had a chance to accumulate far more hits than those which appeared only a few weeks ago. But a few peaks do stand out from the crowd to various extents. The general rule is that posts on long-extinct mammals are noticeably more popular than those on living animals. While there's likely an element of general interest in there that doesn't apply to other posts, I've noted that Synapsida does now appear on some palaeontology blog-rolls that doubtless draw in fans of that specific sort of thing.

Other than that, posts that have notably more hits than others of a similar age included posts discussing the difference between seals and sea-lions, the topic of elephant seals in general, and the digestive systems of kangaroos. Among the fossils, those of particularly fearsome beasts have proved the most popular, with marsupial sabretooths and demon ducks doing well, although so did herbivorous Late Miocene European megafauna. However, by far and away the most popular post of the last two years, soaring into the #4 place for the entire history of the blog, was the one on the taxonomic position of red pandas.

Of course, a great many other topics have been covered over the last hundred posts. I've discussed whether horses are self-aware, whether female bats find crusty forearms sexy, how humans affected the wildlife of Hungary between the end of the Ice Ages and the dawn of the Industrial Revolution. On the anatomy front, I discussed the largest ever study of the shape of dolphin vaginas (somebody has to do it), while, among the fossils, I even looked at an early penguin that still looked like a flightless cormorant. And, more recently, I entered the fray as to whether or not it's okay to call chimpanzees "monkeys", concluding that both 'yes' and 'no' can be valid answers, depending on context.

My annual series for 2017 covered the seals, which had mixed success as far as far as number of blog hits goes. As noted above, the discussion of what seals actually are was popular, as were some of the better known species, such as elephant, harbour, and leopard seals, and the fossils... but the more obscure ones attracted little interest, perhaps because seals are seen as all rather similar to one another. This year, I turned from seals to pigs, and this has maintained a steadier audience for such things as wild boar, giant forest hogs, and the bizarre babirusas, along with a few that are, perhaps, less well known.

The Pliocene series reached its conclusion back in April of 2017 with a look at the aquatic mammals of the day, and since then, I have been looking at the various mammals of Miocene Europe. Because of the very long time span of the Miocene, compared with more recent epochs, this has taken a long time to complete, but I am now ready to turn to Miocene North America, and, beyond that, to the southern hemisphere. Normally, I'd expect to have the epoch concluded by some point in early 2020, but there's so much to cover that I can't be sure I will. Stay tuned, I guess...

When I started my series of April Fool's posts, the intention was to cover genuine news about a range of other animals beyond the mammals. Some other science bloggers have recently found that spoof posts written for the date tend to be reposted later on the internet as if they are real, no matter how obvious the jokes are, so the fact that I couldn't think of anything funny to write the first time round was probably fortuitous. In practice, of course, what's happened is that I only ever write those posts about fossil birds, and given that that's not exactly a well-covered field, that's what I'll probably stick with from now on.

Maybe, one of these years, I'll even write about a bird that could actually fly. I mean, such things have existed...

Another change that's likely to stay around for a while is the end-of-year post. In 2017, I changed that from a discussion of new species of living mammal described in the previous year to an examination of some fossil discoveries that I thought particularly interesting. The former worked well enough, and seems to have been quite popular, but I felt that it became samey after a few goes, since most such discoveries are, in fact, of mice and bats. So, at least for a while, I'll stick with a fossil review at the end of December.

As for 2019, I have already picked the subject of the next annual series... and it's something a little different than the previous ones, while still keeping with the usual theme of looking at a range of species in detail. But you'll have to wait to find out what the difference is!